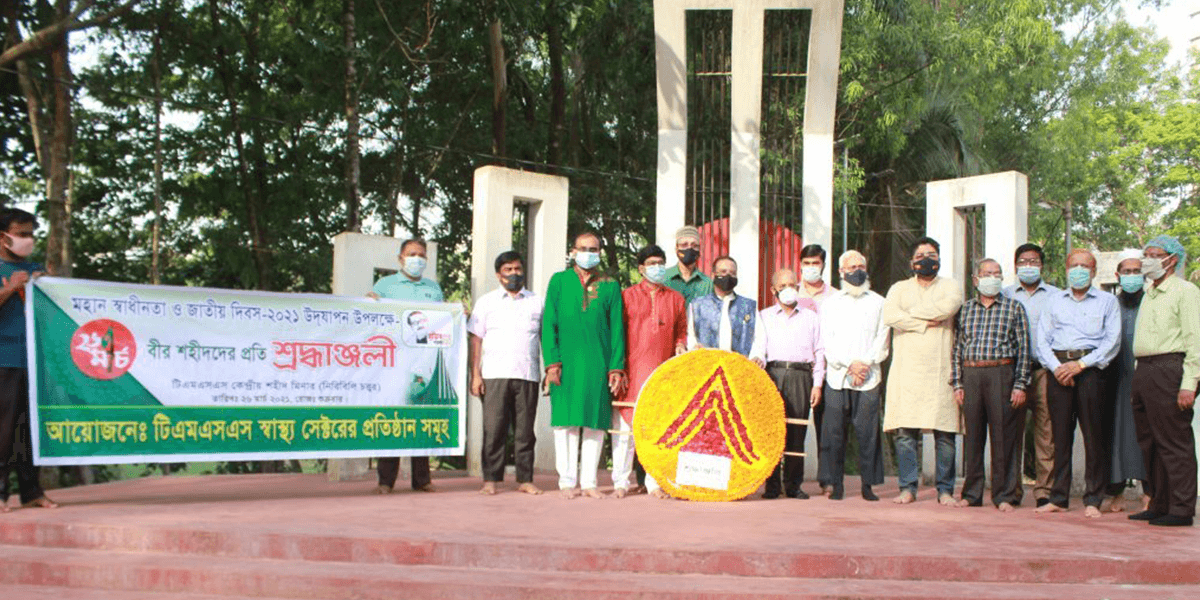 The whole nation commemorates the country’s golden jubilee of independence by paying tribute to the martyrs and valiant sons who sacrificed their lives for the country’s independence. This year’s celebration is even more significant as they coincide with the centenary year of the birth of Bangabandhu Sheikh Mujibur Rahman, who led the Bangladesh Liberation War against Pakistan in 1971.

TMSS as one of the leading national non-profit organization celebrates the golden jubilee of independence as usual. Due to the current pandemic of covid-19, the day is celebrated in complying with COVID-19 health regulations. All the organizations run by TMSS carry out various programs on the occasion of the day. The programmes include hoisting the national flag, placing wreaths at the National Memorial, offering prayers, holding seminars, discussions, cultural functions and distribution of food among orphans & destitute.

The day’s activities began with the hoisting of the national flag on the campus of Pundra University of Science and Technology at sunrise. Wreaths were placed at the central Shaheed Minar of the university to pay homage to the martyrs of the great war of independence.  A discussion meeting on Independence through Virtual Platform was held under the chairmanship of Vice Chancellor (Acting) of the University Prof. ANM Rezaul Karim. Prof. Dr. ASM Maqsood Kamal, Hon’ble Deputy Vice-Chancellor of Dhaka University was present as the chief guest at the meeting and shed light on the heroism of independence, rise and progress of Bangladesh. Deputy Vice Chancellor of Rajshahi University Prof. Dr. Anand Kumar Saha spoke as the keynote speaker. Prof. Dr. Hosne Ara Begum, Honorary Chairman of the Board of Trustees of the University and Founder Executive Director of TMSS, delivered valuable speech as Guest of Honor. Father of the Nation Bangabandhu Sheikh Mujibur Rahman is remembered for his outstanding contribution in the long journey to independence.

On the occasion of the golden jubilee of Bangladesh’s independence, various programs including voluntary blood donation program, virtual discussion meeting and prayer mahfil were organized by all medical education institutions of TMSS Grand Health Sector. Wreaths were placed at TMSS Laldahapar Shaheed Minar to pay homage to the martyrs. 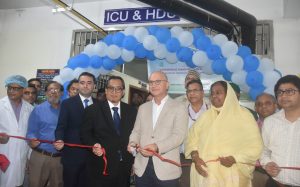