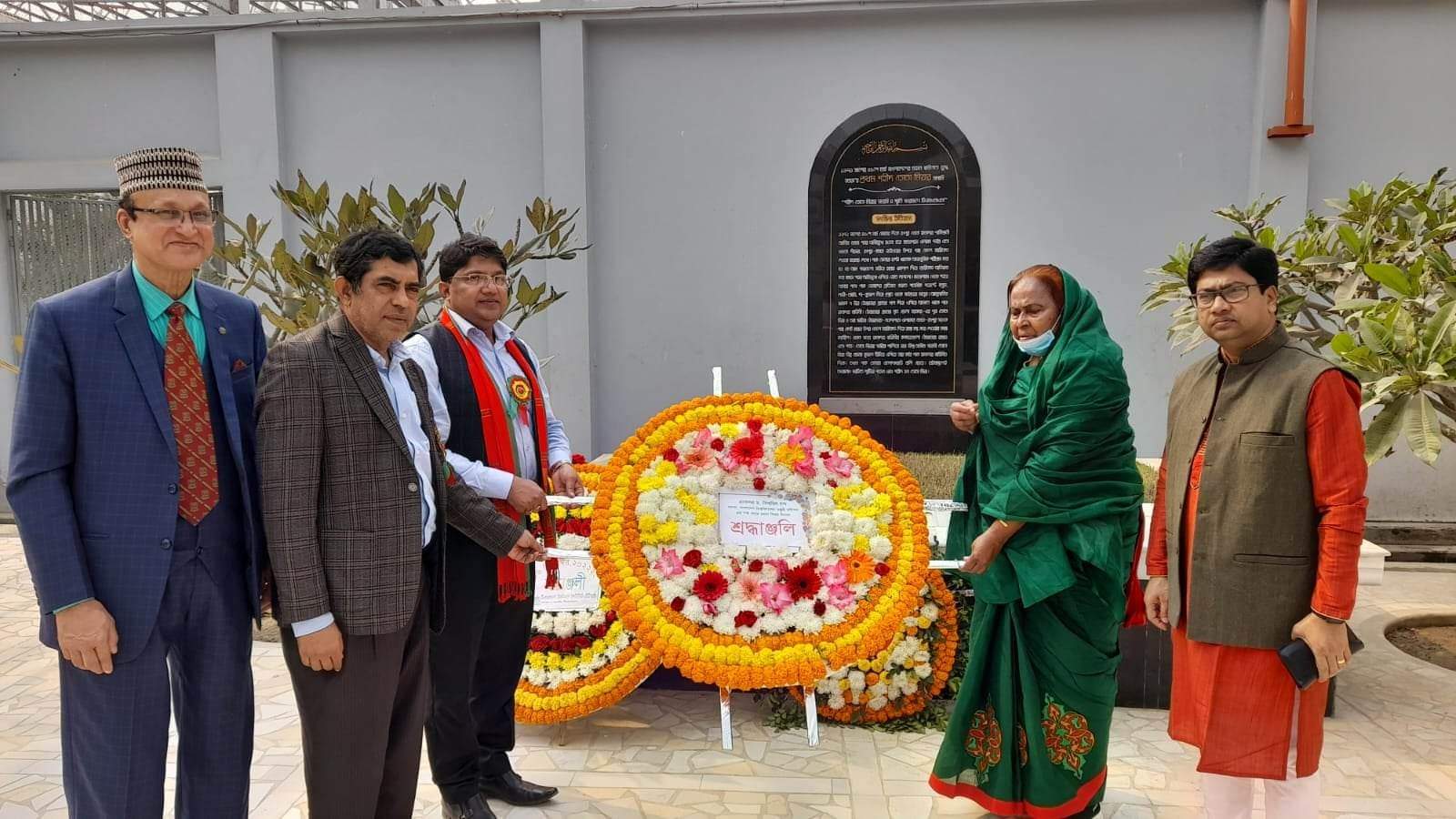 Under the able direction and leadership of Bangabandhu Sheikh Mujibur Rahman, the Father of the Nation, Bangladesh attained independence and became a sovereign state on December 16, 1971.

Through a variety of programs, TMSS and its affiliates observed Victory Day with due respect. To honor the day, a number of events were planned, including prayer majlis, war-related conversations, cultural events, and drawing contests for kids. The national flag was hoisted in all TMSS organizations.

On the occasion of Independence Day-2022, Prof. Dr. Biswajit Chand, member of Bangladesh University Grant Commission, paid tribute to the tomb of Tota Mia, the first martyr of Bogra in the Great War of Independence. TMSS Founder Executive Director Professor Dr. Hosne-Ara Begum along with other officials was present on the occasion. 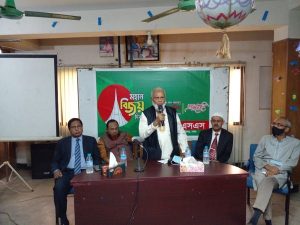 The TMSS Public School and College, Bogra, hosted the “Barshik Doa Mahfil” in honor of Independence Day.  Hamd and Naat were performed on this occasion by students from this institution. The Hafezia Madrasa students from TMSS also recited verses from the Quran. In attendance and serving as the primary negotiator, the session was chaired by Alhaj Maulana Md. Abdur Rahman (Pir Shaheb), President, TMSS Religious Complex, Thengamara, Bogra.  Ayesha Begum, the chairman of the governing body of the institution and the advisor of the TMSS board of directors, was present at this time. Participants in the ceremony included the principle of TMSS Public School and College, S.M. Jamshed Ali, as well as honorable members of the governing body, the vice-principal, honorable parents, teachers, officials, staff, and students. 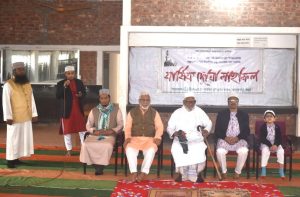 Pundra University of Science and Technology observed Great Victory Day-2022 with the appropriate respect. The schedule included raising the flag at dawn, holding a victory rally, placing a wreath at Shaheed Minar, praying for the deceased, and holding a meeting to discuss issues. The delegation, university administration, professors, and students from various departments and halls, led by the honorary member of UGC Professor Dr. Biswajit Chand, placed wreaths at Shaheed Minar at the conclusion of the victory rally at 9:00 in the morning. After the wreath-placing ceremony, an eventful Victory Day discussion meeting was presided over by the honorable vice chancellor Prof. Dr. Md. Mozaffar Hossain at the university auditorium.

Among others, the teachers, students, officers and employees of various departments were also present. 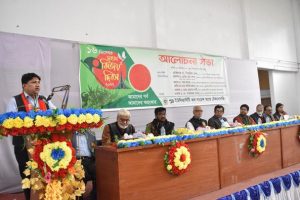 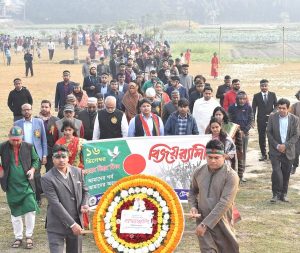 The TMSS Grand Health Sector planned a number of events to commemorate Independence Day-2022. Early in the morning, the National Flag was raised and the National Anthem was played on the TMSS Medical College campus. Students, teachers, doctors, staff nurses, and employees from all the institutions run by the TMSS health sector took part in a rally, a wreath-placing ceremony at Shaheed Minar, a program encouraging blood donation on a voluntary basis at TMC & RCH, a doa mahfil, a program encouraging discussion, and football and cricket games, etc. on this day. Senior TMSS Grand Health Sector leaders were also present at this time. 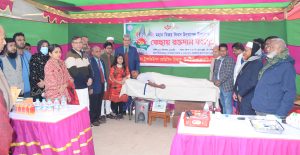 Also, all the concern departments and institutions run by TMSS across the country held a variety of events on the occasion of the day. 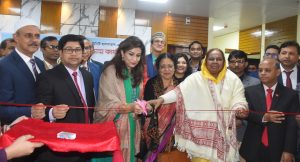 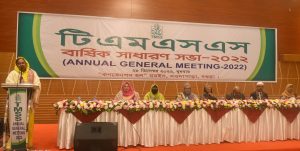